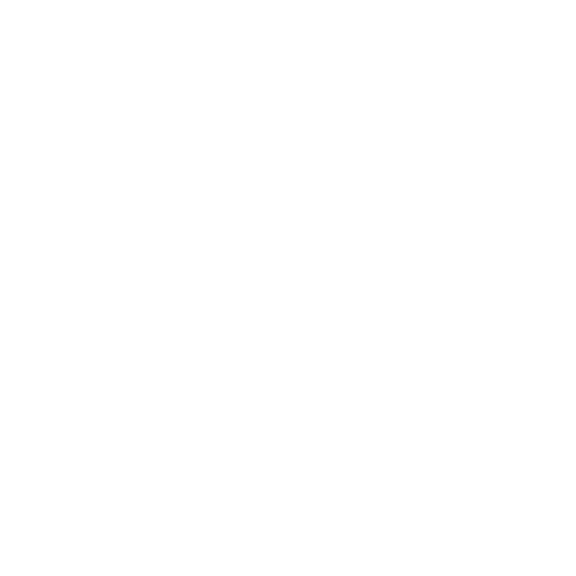 Hi friend, I’m Tara. I live in New Albany, Indiana in a blue bungalow full of boys. I have a passion for people and old houses. I love Jesus.

I know I don’t know you, but I know one thing about you is certain: you need therapy.

If this comes as an offense, I hope you instead see it as an invitation. I hope you dig deeper to uncover why you are so turned off by the idea.

There is much to be said on the subject of therapy, and even more to be said on how it intersects with faith. I am overwhelmed by the thought of trying to fit it all in one blog post, but I will do my best to draw out the most vital aspects of why some form of therapy is necessary for both spiritual and emotional health.

As a disclaimer, if the thought of therapy is new to you, this is almost guaranteed to make you uncomfortable. However, here’s the simple, radical challenge: be curious with yourself. Allow yourself to lower your guard and please try to read this as an invitation to deeper hope and healing. I have witnessed therapy change my life and the lives of those around me, and I want to talk about it with you.

Do you want to know what makes me sad? When I meet a follower of Christ who says they don’t need or believe in therapy.

As believers, we should be the ones embracing this gift God gave us to usher in redemption. Instead, we are hiding behind fear and pride.

This argument simply isn’t good enough for me.

See how easy it is to distort scripture to keep us safe from the dark parts of ourselves? We have become masters at the art of hiding behind our ideologies. We will do anything to avoid exposing the open wounds of our hearts and as a result have become masters of false humility. We even go to the extent of hiding behind scripture, and Satan loves it. On the other hand, it is Jesus that is grieved by our unwillingness to pursue our personal healing.

Jesus Cares About Our Past

There are a ton of examples of God being intimately involved in redeeming His children’s past. It’s at the core of who He is.

One of my favorite examples is in the book of John, when Jesus appears to his disciples after the resurrection.

“When they got out on land, they saw a charcoal fire in place, with fish laid out on it, and bread. Jesus said to them, 'Bring some of the fish that you have just caught.'”

Then he made them breakfast.

At surface level, it seems like a pretty normal meal, beside eating food cooked by a man that used to be dead, of course. But recalling an earlier story in the book of Luke, we are told that Peter was also by a charcoal fire when he denied Jesus. Imagine all that he must have been feeling! The memories must have come flooding back as he smelled the embers burning and saw the One he had betrayed.

Do you see the kindness of Jesus in His gentle invitation to revisit that time? Do you see His subtle, yet direct pursuit to address Peter’s past? Notice, also, what Jesus didn’t do. He didn’t say ”Repent, Peter!” He invited him to a meal. He engaged with him.

As we read on, Peter is the only one recorded that Jesus speaks with immediately following this meal by the fire. He is keenly aware of all the trauma brought up in Peter. Jesus chooses to pursue his heart in of all its brokenness. He addresses the trauma of betrayal by engaging with his soul, and it looks strikingly similar to a good therapy session.

What You’re Missing Out On

Without going back to hard places, you let parts of yourself remain dead and dormant. You also miss out on deeper, stronger relationships with others.

I can’t stress this enough: if you don’t know yourself, you cannot be known by those around you. How can we ever have deep fellowship if we haven’t taken the time to know ourselves?

I had no idea this was a thing until after years of therapy. I thought the very nature of relationships were that they were hurtful and surface level. I thought it was a simple fact that all relationships were broken and would stay broken, so I would just have to live with it. I’m so glad I was wrong!

Now the relationships I do have are so rich and fulfilling that I see a glimpse of heaven in them. I am able to be known and deeply know others. Being able to be present in other’s pain has been one of the best gifts of therapy.

When I reflect on the relationships in my life, I notice something. I am only able to have this kind of authentic relationship with people who have done the hard work of knowing their story and are actively working at redeeming their trauma. They are teachable, humble, and know enough to know they don’t know that much. They are on a lifelong journey of redemption.

When I look at them, I see Christ. I see how relationships are supposed to be when I am in their presence. They challenge me and make me better. I am able to disagree and have conflict in healthy ways that don’t cause division.

I long to have that with many people that I love. I often mourn the loss of closeness with the people in my life who have no idea who they are. I mourn and I understand their hesitation. It is REALLY hard work. On top of that, we have an enemy who will do everything in his power to stop us from becoming whole. He hates therapy and all it has to offer. But that deserves a whole other post.

My journey in therapy has been the hardest thing I have ever done. It is painful and uncomfortable, but I’m so thankful God has given me a way to deal with the trauma, hurt, and pain of living in a broken world. I’m so glad He didn’t leave me in my pain.

“There is no courage without vulnerability”

I believe being vulnerable enough to let someone into the deepest, darkest parts of your soul is the most courageous thing you will ever do in this life.

Therapy is hard. It doesn’t matter the level of trauma you have experienced, it will make you sweat. But it’s also one of the only ways to truly be free. What you don’t process will own you. It will control you, and you most likely won’t even be aware of it.

Not All Therapists Are Created Equal

I can’t write on this topic without mentioning the harm that some therapists or counselors can cause. Let’s be honest, some can do more harm than good. There is no end to the ways an unwise therapist can damage you.

Especially in the church.

Church counselors or leaders who are not trained and have not journeyed through their own story will likely leave you feeling shamed and confused. You cannot simply throw scripture in front of those suffering from abuse, PTSD, depression, or any form of mental illness. It in itself can be a form of subtle violence against your soul that leaves you further suffering in silence and shame.

Not to mention, it breaks God’s heart. It appalls Him when we use scripture as a weapon against others.

If you have been the victim of this hurt, I am so sorry. I wish I could meet with you and talk about it and tell you it’s NOT your fault. I unfortunately know the pain of this experience and my heart breaks for you.

The one who hurt you simply couldn’t hold your story. Find someone who can. He or she is out there. I promise it is worth the search.

Do you have a friend in your life who is in therapy? Do you see growth and change in them? Ask them for their therapist’s information. You are much more likely to find someone you can trust if you know people who can vouch that that person knows what they are doing.

If you are reading this and you’re currently in therapy, keep it up! You’re doing great. I’m praying you have a trusted, safe person to walk through your story with.

If you’re just starting out, you may be met with resistance by others. Your beauty in your weakness can be too much for some people to hold. Your vulnerability at make certain individuals uncomfortable. That is on them, not you. God looks at you and delights in you! Invite Him into your journey. I promise you will be absolutely blown away by the depth of His love as you go through this process.

No matter where you may find yourself on your therapy journey, please remember it’s all grace! Praise God for that. I would love to leave you with this beautiful quote from an author and teacher that I really look up to, Dan Allender:

“The work of a good therapist is to cross the boundaries of vows and curses, knowing full well that havoc will ensue.

I believe a good therapist is like a gifted thief who cases a house for months, if not years, to know where the most significant family jewels (or better said, vows and/or curses) are hidden.

My work is not to steal them but to enlist the homeowner and vow keeper to take me to the vault where they are hidden to discern whether or not keeping them safe is worth ruining or losing one’s life. Then I entice the vow maker to break the curses that bind and open the heart to the blessing of God.

The work of redemption is to replace curses with blessing, death with life, and ambivalence.”

I’m Lacey. I love coffee, naps, learning about people, and talking about mental health. I live in Louisville, Kentucky with my husband and our 2 daughters.

I haven’t listed these in my shop yet, but I’m

I did my first in-person event this past Saturday

7 years with my love❤️

Don't miss out!
Subscribe For Updates
Be the first to get latest updates and exclusive content straight to your email inbox.
Give it a try, you can unsubscribe anytime.

Powered by Convert Plus